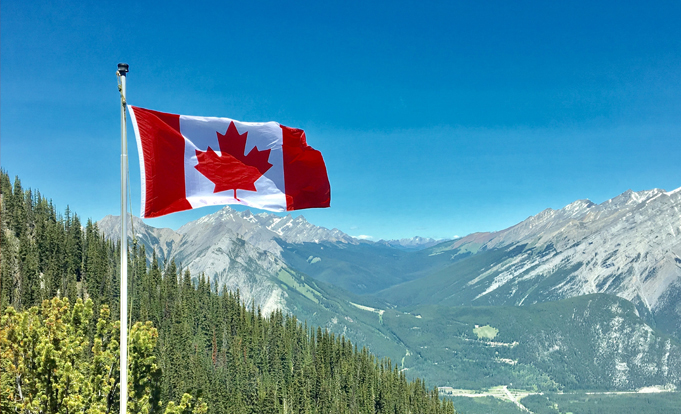 Canada is the world’s second largest country by area measuring 10 million sq. Km. (or 3.85 million sq. mi.). It borders both the Pacific and the Atlantic Oceans and reaches north to the Arctic Ocean. On the south, Canada shares the world’s longest bi-national border with the United States.

Canada was inhabited for thousands of years by Indigenous people before Europeans arrived in approximately 1,000 AD. The Norse, led by Leif Erikson, settled a small encampment in L’Anse aux Meadows in what is now known as northern Newfoundland.

There are ten provinces and three northern territories. Canada enjoys a true four seasons. Depending upon the area and time of year temperatures range from warm to cold.

The largest cities of Canada are Toronto, Montreal, and Vancouver. Each city is ethnically very diverse. Canada, with a population of 38 million, is known as one of the world’s most multi-cultural nations. For gourmets, there is every conceivable type of restaurant offering quality ethnic meals. For the outdoor enthusiast, it doesn’t get any better than Canada. Families enjoy camping, skiing, windsurfing, fishing, hiking, sailing among islands, kayaking in lakes and oceans, swimming, cycling and so much more.

The Global Wellness Index published by investment firm LetterOne ranks Canada as the best country out of the 151 nations evaluated.

Canada is a great place to practice medicine and to provide a place of wellness for you and your family.

At CanadaMedicalCareers.ca, we look forward to answering all questions, from doctors, about relocating to Canada. Simply complete our preliminary application to begin a conversation.